Manchester United will look to continue their FA Cup form in London when they face Chelsea on this evening.


Ole Gunnar Solskjaer’s side brushed aside Arsenal at the Emirates to secure their place in the fifth round and will be hoping for a similar display at Stamford Bridge against Maurizio Sarri’s side.

Chelsea returned to winning ways with a 2-1 victory at Malmo in the Europa League on Thursday, following their 6-0 humiliation against Manchester City in the Premier League.


While Manchester United suffered their first defeat under Solskjaer at the hands of PSG in the Champions League on Tuesday.


Chelsea, the FA Cup holders, beat Jose Mourinho’s Manchester United in the final last season and finished as runners up to Arsenal the year before. 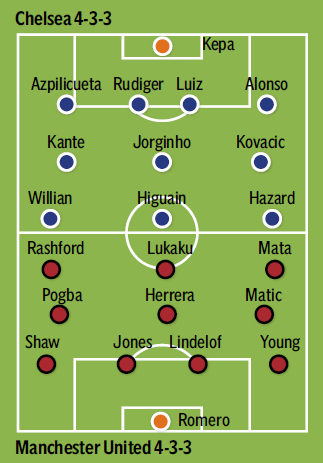