Raheem Sterling proved Manchester City’s savior as his winning spot-kick helped Pep Guardiola’s side
narrowly beat Chelsea 4-3 on penalties in the EFL Cup final at Wembley on Sunday.
After what was a cagey game that finished goalless after normal time and then extra-time.
Pep Guardiola’s side converted four of their five penalties as David Luiz hit the post for the Blues and Jorginho saw his effort saved by Ederson.
The win, however narrow, keeps City on for the quadruple as under-fire Maurizio Sarri saw his chance of securing the first trophy of his managerial career disappear in agonizing fashion.

Chelsea’s Italian coach Maurizio Sarri knew he was under intense pressure heading into the EFL Cup final.
On Sunday because of Chelsea’s inconsistent run of results since the turn of the year.
After dropping out of the top four following a 6-0 loss against City at the Etihad Stadium exactly two weeks earlier.
And then being dumped out of the FA Cup by Manchester United.
the Blues’ Europa League round of 32 second-leg tie against Malmo provided Chelsea with the perfect chance to recoup some confidence.
That they did with a 3-0 win at Stamford Bridge and, while the hosts’ first-half performance was lacking in inspiration.
Chelsea certainly wasn’t slow out of the blocks against City at Wembley three days later.
In fact, Sarri’s men showed focus and determination –
two things the Italian had previously criticized his team for not demonstrating against the top sides. 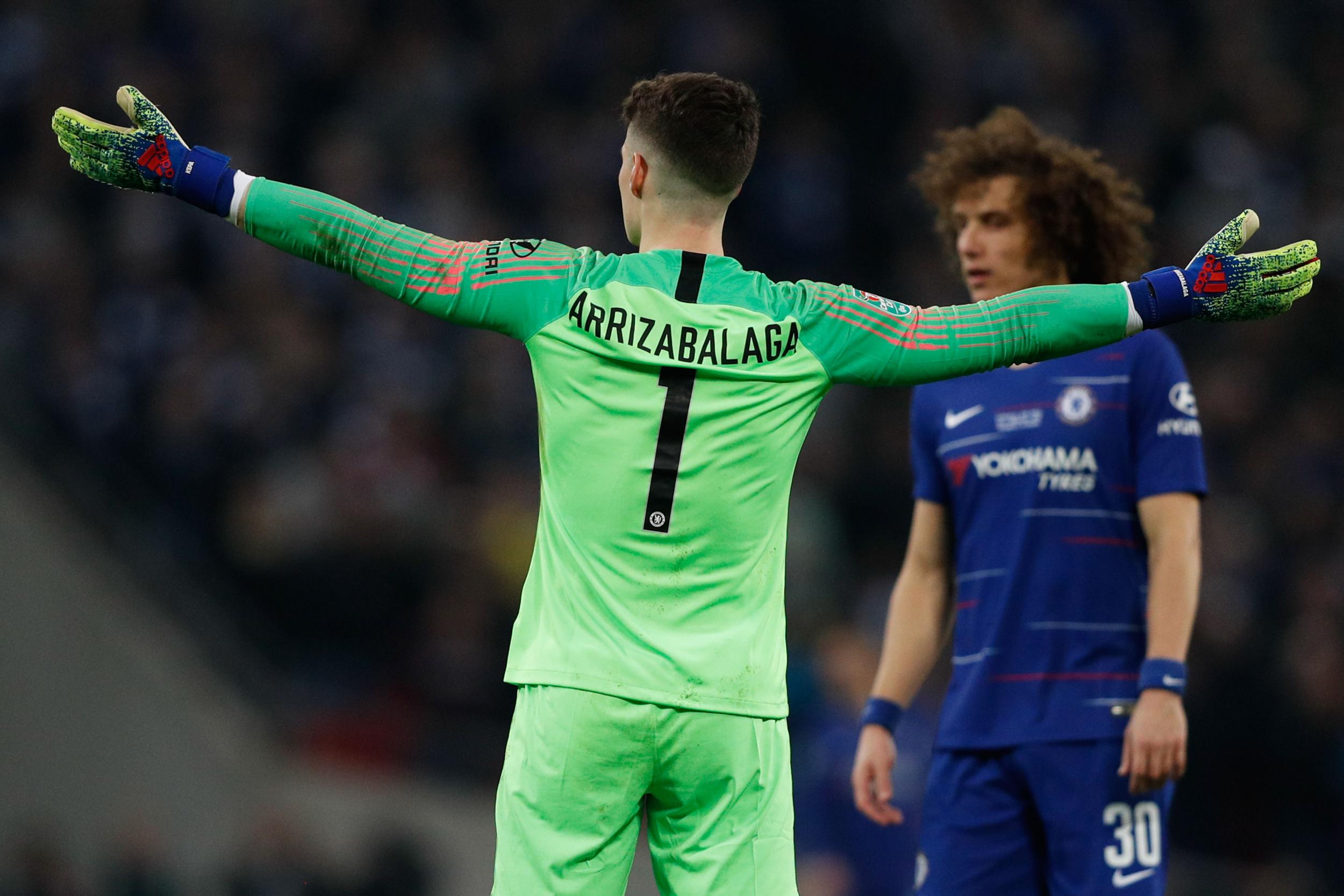 Kepa appeared to have suffered another injury while making a save but refused to be substituted off for Willy Caballero in
what was an embarrassing few minutes in which Sarri screamed at the young goalkeeper from the touchline to come off?
Yet he did not, and when Antonio Rudiger had to hold Sarri back from making his feelings known to Kepa just before the penalty shoot-out.
it showed the lack of unity in the Chelsea camp.
Kepa, to his credit, did save Sane’s penalty but he should also have kept out Aguero’s effort, instead of allowing it to roll under his arms.
But Luiz will also be disappointed with himself after hitting the post with his effort as Jorginho’s opening penalty was saved by Ederson,
to ensure City retained their EFL Cup crown and heap yet more misery on Sarri and Chelsea.
SOURCE: EVENING STANDARD